South Square is a leading set of commercial law barristers. Our members have acted in many of the most important restructuring, insolvency, banking, commercial, company and fraud-related disputes of recent times. We are regulated by the Bar Standards Board.
BACK TO PEOPLE
Christopher Brougham KC KC 1988, Called to the Bar 1969

Christopher specialises in corporate and personal insolvency and has considerable past experience of other areas of the law, such as crime, divorce, landlord and tenant, which he uses to advantage in his insolvency practice.

Christopher was instructed on behalf of the trustees in bankruptcy of George Best, Asil Nadir and Jack Dunnett (former MP and President of the Football League), and on behalf of Swiss Bank at the onset of the collapse of the Maxwell empire.

Christopher has on a number of occasions represented the Official Receiver, and advised the Government in connection with possible disqualification proceedings arising out of the Blue Arrow report. 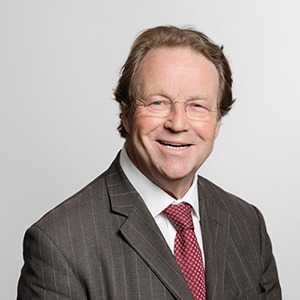