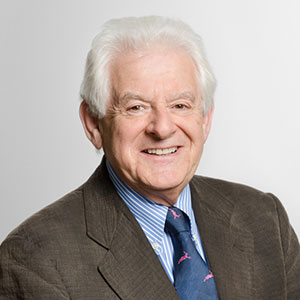 “A force to be reckoned with, who maintains a good rapport with judges.”

Michael Crystal QC is one of the leading advocates at the English Bar.

He has been involved as counsel, adviser or expert witness in most of the best known international insolvencies and restructurings in the UK and overseas in the last four decades.

Michael has represented or advised on an ad hoc basis most of the major international financial services institutions, funds and accountancy firms operating in the mergers and acquisitions, bankruptcy and restructuring fields.

He receives instructions from leading law firms in London, New York and in many offshore jurisdictions including the British Virgin Islands, Bermuda, the Bahamas, the Cayman Islands, the Channel Islands, Hong Kong and Singapore.

In addition to his well-recognised advocacy skills, Michael is particularly in demand for his strategic overview and experience in cases involving international litigation, cross border bankruptcy, and restructuring.

Many of Michael’s instructions remain confidential. His publicly reported cases in the UK and elsewhere run to over 100 and include all Appellate levels and trial courts in the UK and many overseas jurisdictions.

Areas of Practice +
Awards and Recommendations +

Comments in recent legal directories include the following:

“He is a great silk, absolutely brilliant”
“He has vast experience and is a force to be reckoned with”
“He appears in some of the biggest offshore cases”
“An absolute whizz on complex schemes of arrangement.”
“A potent performer in court.”
“Able to cross-examine someone to death.”
“An excellent litigator with brilliant courtroom craft.”
“Regularly receives instructions in the biggest offshore insolvency cases.”

Admitted to the Bars of the Bahamas, Bermuda, the Cayman Islands, Gibraltar, Hong Kong and the Isle of Man ad hoc. Called to the Bar of the British Virgin Islands in 1991