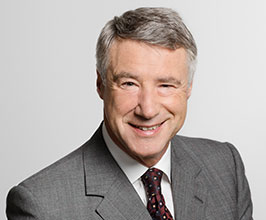 John Briggs has done a Q&A interview relating to the judgement in the MSD Cash & Carry case.

1 What are the practical implications of this case?

In my view the major practical significance of the case for practitioners relates less to the matters of misfeasance  set out in the judgment (preference of the director and misfeasance: fraudulent credit note) but to the decision of the Judge (His Honour Judge Hodge QC sitting as a High Court Judge) on the claim of the Liquidator, Mr David Ingram of Grant Thornton, for interest on the preference claim. This was a consequential aspect not dealt with in the judgment.

By reference to the case of Pena v Coyne [2004] BPIR 1286 (a decision of Mr Robert Hildyard QC sitting as a Deputy Judge) Judge Hodge fixed the interest payable on an order that the director Mr Mohinder Singh pay a sum of money to the Liquidator in respect of a preference given by the company to him (about £277,000) at 3% simple interest from the date of liquidation. The Judge rejected the Liquidator’s claim for interest at 8% under section 35A of the Senior Courts Act 1981 from the date of the preference, some 16 months before liquidation. In the Judge’s view 8% is an unrealistic rate of interest to award nowadays and basing himself on In re Matthews [1982] Ch 257 (under the old law) and Re Barton Manufacturing Co Ltd [1998] BCC 827 (under the new law) considered that the date of liquidation was the effective date of accrual of the cause of action in a preference case. He rejected the Liquidator’s argument that the preference should be regarded as a breach of fiduciary duty and interest awarded from the date of payment to the director.

On a more general level, the case turned on whether the directors were to be believed in their defence. As a practical matter I have to say that the Liquidator was able to show their evidence was untruthful because of the lengths to which the Liquidator and his lawyers (Boyes Turner of Reading) went to investigate the facts and matters before proceedings commenced, despite non-cooperation. Failure by the defendants to provide proper disclosure and produce evidence which should have been available to back up their version of events, meant the Judge was able to draw inferences against them.

2 What was the background?

MSD Cash & Carry PLC (“MSD”) was a cash & carry alcohol business which HMRC alleged had been involved in the fraudulent evasion of excise duty and which was assessed for VAT in 2005 in respect of input VAT which HMRC alleged was improperly deducted because there was no real trade.  MSD appealed against the VAT assessment but subsequently dropped the appeal in late 2010.

Before doing so it transferred its cash & carry business in March 2010 to a newly incorporated associate company Dale Wholesale Limited (“Dale”) itself trading as “MSD Cash & Carry” and continued only with some under -bond trading. MSD did not go into compulsory liquidation until January 2012 owing monies only to HMRC and a few non- trade creditors.

The OR and then the Liquidator noticed from MSD’s last set of draft accounts to the year ended April 2010 that by comparison with the position at liquidation trade suppliers scheduled as creditors in the accounts had all been paid by the date of liquidation and that the director Mohinder’s loan account was written off against the value of motor vehicles transferred to another associate company Lionheart Limited. The vehicles included two Bentleys, a Range Rover, a BMW X3 and a Mercedes CL55 and six cherished number plates.

The directors from time to time, all family members, including Mohinder’s son the “buyer” Surjit who is a convicted fraudster and claimed not to be have a management role, failed to cooperate with the Liquidator who had to obtain an order for disclosure under s 236 of the Insolvency Act 1986. These inquiries revealed that shortly before liquidation in November 2011 Dale posted on its Sage trading account with MSD an undated credit note in respect of defective and short shelf life stock in the sum of over £996,000, effectively reducing to zero the state of account between the companies.

In the proceedings Dale and family members associated with the companies claimed that the majority of the credit note related not to defective stock but in fact stock purchased by MSD from a third party which had not actually delivered the stock even though MSD invoiced Dale for it.

The Liquidator claimed the credit note to be false ( a void transaction under s.127 or a transaction defrauding creditors under s 423 of the Insolvency Act 1986) and that Mohinder as director and his son Surjit, MSD’s and then Dale’s buyer, as de facto director of MSD, were liable to MSD for fraudulent breach of trust and equitable damages.

3 What did the court decide?

The Judge firstly decided that the transaction whereby Mohinder’s loan account was mostly paid off through transfer of MSD’s vehicles to another associate company was a preference. The Judge found that the motivation for the transfer was to move them to a solvent but dormant family company so they would be safe from attack by creditors and that the timing of the decision was influenced by the perceived likely insolvency and winding up of MSD, hence the contemporaneous transfer of MSD’s business to Dale.

As for the credit note of almost £1million, the Judge found that the credit note was not justified by the non-supply of goods to the value of some £924,000 (only the balance being for defective or short shelf life stock). The Judge considered the main witness for the defence, the son Surjit, to be a thoroughly unreliable, incredible and dishonest witness. The circumstances surrounding the creation and terms of the credit note pointed to it not being a genuine document.

However, the Judge could not determine the loss suffered by MSD due to the fraudulent breach of trust by its two directors and that aspect has been adjourned for an inquiry as to damages.

Unsurprisingly, Dale, Mohinder and Surjit were ordered to pay the Liquidator’s costs on the indemnity basis.