South Square is a leading set of commercial law barristers. Our members have acted in many of the most important restructuring, insolvency, banking, commercial, company and fraud-related disputes of recent times. We are regulated by the Bar Standards Board.
BACK TO ARTICLES
Kathryn Ma Wai Fong v Wong Kie Yik & Ors

This was a shareholders’ dispute concerning STIC, a BVI company, and WTK Realty, a Malaysian company. The Appellant was the personal representative, executrix and trustee of the estate of her late husband (“H”). H and his two brothers – the First and Second Respondents – each had a one- third beneficial interest in STIC. STIC held 55 million non-voting convertible preference shares (“CPS”) in WTK Realty. When H died, he and his son were the registered holders of 54% of WTK Realty’s ordinary voting shares and his two brothers held the remaining 46% (although the First and Second Respondents disputed that H and his son legitimately held 54% of the shares contending that they should only hold a minority interest in the shares with the First and Second Respondents holding a majority interest).

Shortly after H died in March 2013, STIC, at the suggestion of the First and Second Respondents, elected to convert the CPS into ordinary shares in WTK Realty (the “Conversion”) which thereupon comprised 14.4% of WTK Realty’s ordinary share capital.

As the First and Second Respondents had voting control over STIC, they acquired voting control of WTK Realty. The reason they gave for the Conversion, which both the Judge and the Court of Appeal accepted, was that it was required for financing purposes. The Appellant claimed that the Conversion was, among other things, instigated for the primary purpose of diluting the rights of H’s estate in STIC, which was an improper purpose contrary to BVI company law.
The Appellant brought a claim under Section 184I of the BVI Companies Act 2004 (“the BCA”), the BVI unfair prejudice provision, and sought, among other things, (i) a winding up order against STIC, (ii) an order setting aside the Conversion and/or (iii) further or other relief, alleging that the affairs of STIC were conducted in a manner that was unfairly prejudicial, unfairly discriminatory, and/or oppressive to her in her capacity as a member.

The Judge found that there had been no unfair prejudice and dismissed the claim. However, despite dismissing the claim, the Judge also made an Order requiring the First and Second Respondents to acquire the Appellant’s shares in STIC at a price to be determined at a trial on quantum. The Court of Appeal dismissed the Appellant’s appeal. The Appellant appealed to Her Majesty in Council.

In the Judgment ([2022] UKPC 14), given by Lady Rose on behalf of the Board (the other members were Lord Briggs, Lady Arden, Lord Burrows and Lord Stephens), the Board dismissed the appeal. In doing so, the Board said that, while there were 10 grounds of appeal, they could be grouped under six headings:

(1) equitable considerations constraining the decision to convert the CPS, (2) the primary purpose of the Conversion of the CPS, (3) s.59 of the Malaysian Companies Act 1965, (4) s.175 of the BCA, (5) loss of substratum and (6) provision of information and non-payment of dividends (Judgment at [35]).

As regards heading (1) above, namely equitable considerations constraining the decision to convert the CPS, the Board held (Judgment at [36]-[70]) that:

As regards heading (2) above, although the Appellant said that the Conversion was for an improper purpose (i.e to dilute the combined shareholding of the Appellant and her son: Howard Smith Ltd v Ampol Petroleum Ltd [1974] AC 281), the Board held that there were no grounds for impugning the Judge’s factual finding as to the primary purpose of the Conversion (Judgment at [71]-[104]). In this context, the Board reiterated that:

However, the Board said that the Judge’s factual finding as to the primary purpose of the Conversion did not dispose of the allegation that the First and Second Respondents were in breach of duty to act in the best interests of STIC. The Board said that the Judge had made no finding as to whether the First and Second Respondents gave any separate consideration as to whether it was in STIC’s interests to co-operate by means of the Conversion in increasing the share capital of WTK Realty in order to secure refinancing for WTK Realty (Judgment at [105]).

The Board said that the test to be applied where directors had failed to turn their minds to whether a proposed transaction is in the best interests of the company had been considered by the BVI Court of Appeal in Antow Holdings Ltd v Best Nation Investments & Ors (unreported BVICMAP2017/0010). Where there had been a failure by a director to consider the separate interests of their company, the test then becomes an objective one. Citing Charterbridge Corpn Ltd v Lloyds Bank Ltd [1970] Ch 62, the BVI Court of Appeal had described the test as whether an intelligent and honest man in the position of a director of the company concerned could, in the whole of the existing circumstances, have reasonably believed that the transaction was for the benefit of the company (Judgment at [106]).

As regards heading (3) above, the Board held that whether the payments of RM 550,000 and RM 2.2 million had been paid (the Appellant said that they had not been) were precisely the kind of question which fell within the category of concurrent findings of fact with which the Board should not interfere (Judgment at [114] and [120]). The Board also held that the Court of Appeal were right to say that even if there was a breach of s.59 of the Malaysian Companies Act 1965, that would not amount to unfairly prejudicial conduct to the Appellant in her capacity as a shareholder of STIC (Judgment at [122]).

In relation to heading (4) above, the Board held that there was no unfairly prejudicial conduct where the First and Second Respondents, who comprised the majority shareholders of STIC, had approved the Conversion and that the fact that they failed to put in place a formal resolution of the members at a general shareholders meeting of STIC did not amount to unfairly prejudicial conduct regardless of whether it was a breach of s.175 of the BCA (Judgment at [126].

As regards heading (5) above, the Board said that the Judge and the Court of Appeal were right to reject the argument that STIC had lost its substratum once the CPS had been converted. There was no justification for limiting STIC’s substratum to holding the CPS (Judgment at [128]). As regards heading (6) above, the Board said that given its finding that there were no equitable considerations modifying the legal requirements for the provision of information and the payment of dividends, this complaint had to be rejected. The evidence showed that the Appellant had been supplied with the information required by law. Furthermore, the estate’s share of the value of dividends received by STIC was too small for any withholding to amount to unfairly prejudicial conduct (Judgment at [130]. 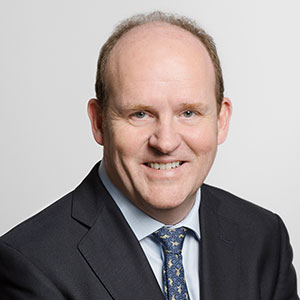 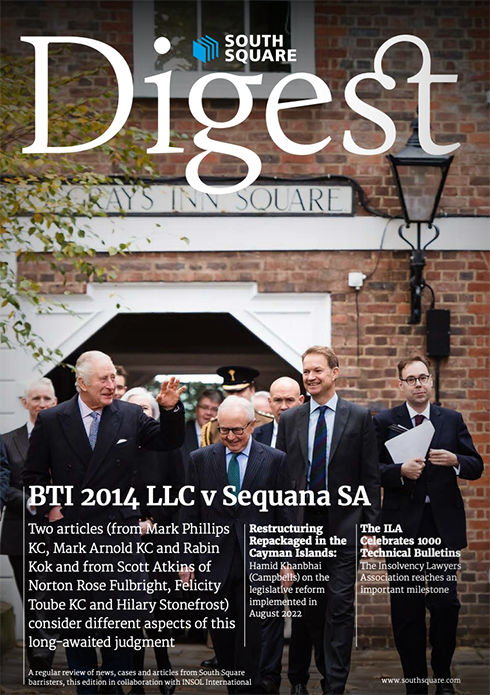