Our world class reputation in the insolvency market attracts a significant number of instructions in cases of civil fraud, and South Square takes a leading role in the large-scale litigation which follows any major corporate collapse.

Among the most high-profile and recent cases in which members have appeared include litigation arising from the Madoff fraud, the Al Gosabi/Saad Group fraud, the Stanford fraud, Snoras Bank v Antonov, JSC BTA v Ablyazov, and the long-standing litigation between the state of Brunei and HRH Prince Jefri Bolkiah.

Much of this work has an international dimension and our members have acted in fraud cases in multiple jurisdictions including the Cayman Islands, the British Virgin Islands, Bermuda, Jersey, Guernsey, Gibraltar and Dubai.

Praised for its ‘strength in depth’.Legal 500 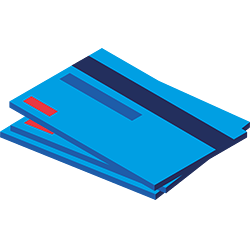 The following members of South Square specialise in Civil Fraud:

Members of Chambers have frequent experience of mediation and other forms of alternative dispute resolution, particularly (but not exclusively) related to Chambers’ main practice areas and core sectors.