Sport operates in rule based environments.  Our members have experience of helping organisers, teams and players in four contexts.

First, our members have advised federations and organisations on their structure, their commercial arrangements and their regulatory arrangements.  Members of South Square advised on the establishment of the Premier League, the structure and operation of payments through the FA and Football League accounts, the structure and payment of Football League Rules, in particular the “football creditors” rule.  Our members can both advise on structures and deal with litigation that might arise out of them.

Second, our members have advised teams and sportsmen over their commercial arrangements in both solvent and insolvent situations.  This has included contentious takeovers of clubs such as Sunderland, appearing on the relocation of Wimbledon FC to Milton Keynes, and advising on the restructuring of Plymouth FC, Blackpool FC and other clubs.

Third, our members have advised and appeared on behalf of teams and players facing disciplinary action or on appeals from decisions of sporting bodies.  In motorsport this has included McLaren, Lewis Hamilton (both in relation to Ferrarigate and the 2021 Abu Dhabi Grand Prix) and other F1 drivers in tribunals as diverse as the World Motorsport Council and the FIA Appeals Tribunal; in Football members of chambers have appeared on behalf of premier league clubs such as Arsenal, Crystal Palace and Tottenham and  footballers and managers such as Arsene Wenger, Patrick Vieira, Thierry Henry before FA Disciplinary Tribunals and FA Appeals Panels.  In cases arising out of the financial fair play rules, members represented UEFA in its prosecution of Manchester City FC, and the EFL in its prosecution of Sheffield Wednesday and Derby County.

Finally our members have appeared in several fraud and insolvency cases, notably the Rangers FC litigation and in the litigation arising out of CVC’s takeover of Formula 1.

'Members with unrivalled talent... Excellent in everything they do.'Chambers & Partners 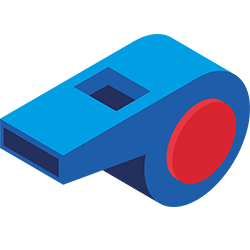 The following members of South Square specialise in Sport :