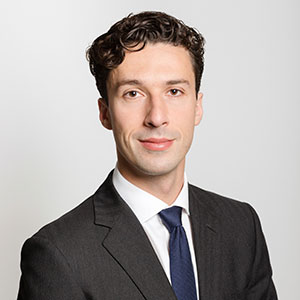 “He’s one of the strongest juniors at the Bar. He’s very client-friendly and very commercial.”

Adam has a split practice divided between insolvency and restructuring, and commercial matters, in particular, banking, financial services and the law of trusts.  He acts both as junior counsel, as a sole advocate and as a leader.

Adam has had substantial experience of bank and fund insolvencies.  In the period 2009 to 2019, he has acted in relation to the insolvencies of Lehman Brothers, MF Global and certain Madoff feeder funds, appearing in many of the leading cases in that decade.

Adam has also appeared in many of the leading contested restructuring cases including IMO Car Wash, Apcoa, Ocean Rig, and Lehman.  He has a substantial restructuring practice in the UK and offshore jurisdictions.  Recent cases include New Look, Travelodge, PizzaExpress, KCA Deutag, Matalan, Castle Trust, Nero Holdings and Amigo 2.

Adam’s commercial work involves cases in the Commercial Court and the Chancery Division.  In 2019, he was part of the team that restored the world-wide freezing injunction in Privatbank v Kolomoisky [2020] 2 WLR 993, CA.  Recent cases in which Adam appeared as the sole advocate or as leading counsel include Banco San Juan v PDVSA [2020] EWHC 2145 (Comm) and [2020] EWHC 2937 (Comm), in which Adam acted for the bank on its summary judgment application against the Venezuelan state oil company; and IS Prime v TF Global Markets (UK) Limited in which Adam acts for the claimant broker.  The case has produced a series of judgments to date concerning the Arbitration Act 1996, the ‘passing on’ defence in unjust enrichment and when a fiduciary duty is owed between brokers transacting in currencies and index swaps.

Adam is ranked in Band 1 in Chambers Global for restructuring and insolvency, and in Tier 1 in the Legal 500 for insolvency and for his offshore work.  He is also ranked by Chambers Global and Legal 500 in commercial ligation and dispute resolution, chancery commercial and banking and finance.  In 2014 and again in 2021, he was recognised as the Insolvency and Restructuring Junior of the Year at the UK Bar Awards.

His entry in the 2022 edition of Chambers Global described Adam as “a standout junior exhibiting great strength in bank and fund insolvencies. He regularly attracts instructions in headline cases and demonstrates notable skill in contested restructurings. He also has considerable experience in cases concerning trusts law, and banking and financial services.”

“Adam is an excellent advocate.” “On his feet he is incredibly clear, erudite and has really lovely, crisp delivery.”

“He has a phenomenal intellect, an ability to convey complex issues simply, has a very strong commercial sense of what the client is trying achieve and an ability to construct tactics around it. Adam is a pleasure to deal with – and judges enjoy listening to him.”

In relation to his commercial work, the 2022 edition of the Legal 500 describes Adam as “Ferociously bright and talented: a commanding presence on his feet with a calm, measured style that destroys opponents and inspires respect from the bench.”  Chambers Global likewise says that he “Knows all the case law and is excellent at those cases that require complex, deep thought.” “He’s one of those people who is not afraid to challenge things.“

Cases of note include:

Acting for the special administrators of MF Global in relation to the 30.7 litigation, which considered, amongst other things, the efficacy of title transfer arrangements in a claim for US$600m of US treasury bills.

Retained by the special administrators of Hartmann Capital and SVS Securities plc [2020] EWHC 1501 (Ch) in relation to their client asset distribution plans.

Has experience in the following jurisdictions: the BVI, the Cayman Islands, Hong Kong, the Isle of Man, Dominica, St Kitts and Nevis, Anguilla, Guernsey, St Vincent and the Grenadines and Dubai.

Appeared before the Dubai World Tribunal in 2013.

Adam is registered as an advocate in the Dubai International Financial Centre (DIFC) and has been admitted to the bar in the British Virgin Islands (2011).  Adam has also appeared in the Courts of the Abu Dhabi Global Market (ADGM).