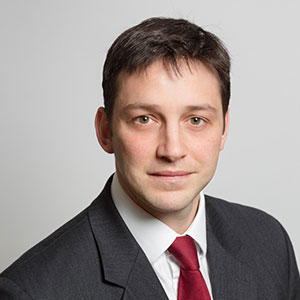 Andrew Shaw Called to the Bar 2013

Much of Andrew’s work has an international component and he has been instructed in a number of complicated commercial disputes that have occurred within the context of a cross-border insolvency. High profile cases in which he has been instructed in recent years include LBI v Rabobank International, AHAB v Saad Investments Company Ltd and Robert Tchenguiz v Grant Thornton LLP. He has also developed significant experience in relation to the recognition of foreign insolvency proceedings in England and Wales, both under the Cross-Border Insolvency Regulations 2006 and at common law.

Andrew has extensive insolvency and restructuring experience and has been involved in many retail restructurings, including Toys R Us, House of Fraser, the Arcadia Group, Mamas & Papas, L K Bennett and Debenhams. He is also frequently instructed in cases which require the identification and recovery of concealed assets.

Andrew has also been instructed by football regulatory bodies in England and Europe in relation to disciplinary proceedings against clubs that have breached financial fair play regulations.

Andrew is a co-author of Corporate Administrations and Rescue Procedures and is a contributor to the forthcoming edition of Rowlatt on Principal and Surety. He has also contributed to Moss, Fletcher and Isaacs on the EU Regulation on Insolvency Proceedings.

Before qualifying as a barrister, Andrew served as a Royal Marines officer for ten years, leaving as a major.

Andrew carries out advocacy and advisory work across all of Chambers’ practice areas and frequently appears in both the High Court and the County Court.

Advising and / or appearing in relation to freezing injunctions, search orders, Norwich Pharmacal applications, proprietary injunctions and applications under section 365 of the Insolvency Act 1986

Acting for football regulators in both England and Europe in relation to disciplinary proceedings against clubs for breaches of the applicable financial fair play regulations.

A further limit on modified universalism: the rule in Gibbs re-affirmed (2018) 5 JIFBL 301