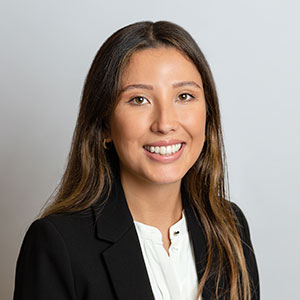 Annabelle Wang Called to the Bar 2021

Annabelle joined South Square as a tenant in October 2021.

During pupillage, Annabelle assisted on a broad variety of matters spanning Chambers’ practice areas including the subordinated debt litigation arising out the collapse of Lehman Brothers (Re Lehman Brothers Holdings PLC (in administration)); several schemes of arrangement and restructuring plans (for example, Re Smile Telecoms Holdings ltd and Re Steinhoff International Holdings NV) and litigation concerning the reflective loss principle in relation to a Ponzi scheme. Annabelle also assisted on a number of offshore matters, including the appointment of provisional liquidators and privilege issues in the British Virgin Islands.

As a pupil, Annabelle drafted pleadings in a number of matters including a complex brokerage misrepresentation claim, an unfair prejudice petition and an application for an anti-suit injunction. She drafted advice on points including the compliance of a restructuring plan with an intercreditor agreement, challenging asset transfers at an undervalue, recognition of foreign insolvency proceedings and rectification of a members’ register.

Annabelle holds a First Class degree in Philosophy, Politics and Economics from the University of Oxford, receiving an Academic Exhibition and Scholarship. She subsequently received a Distinction on the Graduate Diploma in Law and was called to the Bar by Inner Temple, receiving an Exhibition Award.