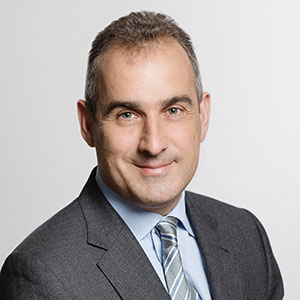 “during cross-examination, he was astounding”

“a great advocate, both orally and on paper”

Barry specialises in insolvency and restructuring, banking and finance, commercial litigation, and company law. He is an Associate of the Society of Actuaries and has particular expertise in cases of financial complexity and company valuation. He often appears as an advocate or expert in overseas jurisdictions.

Barry is a past winner of Chambers and Partners Insolvency/Restructuring Silk of the Year. He is recommended in the Bar Guides as a leading silk in insolvency and restructuring; banking and finance; company and partnership; and offshore. Barry is described as “highly rated for his tremendous work rate, his exhaustive knowledge of insolvency law and his excellent client-facing skills”, “incredibly knowledgeable, insightful and commercial, practical and very user-friendly”, and “one of the smartest and also nicest people you could ever hope to work with”.

Structured finance and investment vehicles, CFOs, CLOs and CDOs, RMBS and CMBS, including:

Other significant commercial cases include:

Barry has particular expertise in relation to legal privilege, disclosure and civil procedure, having appeared in numerous cases arising from the BCCI collapse, including 7 appeals in the Court of Appeal or House of Lords:

Barry frequently appears in overseas jurisdictions in the fields of insolvency/restructuring, banking/finance, and commercial law, and as an expert on English law. He has been called to the Bars of the Cayman Islands, Bermuda, and the British Virgin Islands and registered as a legal practitioner in the Dubai International Financial Centre.

Recent cases in the Cayman Islands include:

Other recent cases in overseas jurisdictions include:

Barry’s expert evidence on cross-border insolvency and transaction avoidance was accepted by the US Bankruptcy Court, Southern District of New York in Re Hellas Telecommunications, TPG Capital Management v Hosking (Case No 12-10631, 29 January 2015).

Extensive experience of insurance and reinsurance insolvencies and restructurings, solvent and insolvent schemes of arrangement and business transfer schemes, including: