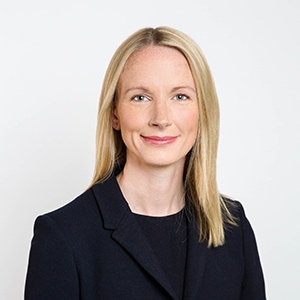 “She is obviously fantastic technically but she combines that with a commercial approach and is very responsive and approachable.”

Charlotte Cooke Called to the Bar 2008

She has appeared in high profile cases at all levels, including three times as a junior in the Supreme Court (most recently in Lehman Brothers Waterfall I) and a number of times both as a junior and as sole counsel in the Court of Appeal.

She also has significant experience of a wide range of applications under the Insolvency Act and Rules, regularly appearing in County Courts and the High Court in respect of such applications, as well as undertaking advisory and drafting work.

In the restructuring context, Charlotte has advised in relation to proposals for, and challenges to, IVAs and CVAs and has appeared in hearings to convene/sanction a number of schemes of arrangement and restructuring plans, including DeepOcean, the first restructuring plan to use the new cross-class cram down mechanism, and Smile Telecoms Holdings.

Charlotte is recommended for restructuring and insolvency in Chambers & Partners where she is “singled out as a junior who is well equipped to handle sophisticated cases” and described as “friendly, helpful” and “extremely impressive”. She is also recommended for insolvency in Legal 500 where it is said she “knows her insolvency law inside out and is a great team player, very happy to do the heavy lifting on a case.” Who’s Who Legal has described Charlotte as “a rising star”.

In September 2022 Charlotte was appointed to the Attorney General’s B Panel of Counsel, having been on the C Panel since February 2017.