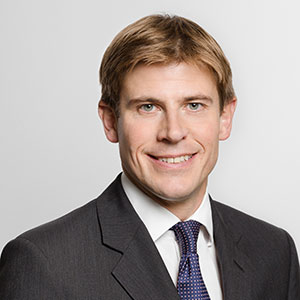 “Outstanding in court – impressive and compelling.”

David specialises in business, commercial and financial law, with a particular emphasis on corporate restructuring (both domestic and cross-border), sovereign debt restructuring, banking and financial services, structured finance, commercial litigation and company matters. He has an extensive overseas practice which includes Cayman, BVI, Dubai, Jersey and Guernsey. He has acted as an expert witness in proceedings in a number of overseas jurisdictions.

David is ranked in the Chambers UK 100. He has also been recognised in the annual awards of Chambers and Partners as the winner of the Insolvency/Restructuring Award and as a nominee for the Banking & Finance Award.

David has acted in relation to the vast majority of significant insolvencies, corporate restructurings and sovereign debt restructurings in recent years.

David acts in a wide range of commercial business disputes, including those arising out of the insolvency, banking and company matters outlined above.

BVI
Tchenguiz, claims for inspection of documents on the court file
Re Chesterfield, challenge to decision of the liquidators to settle claims by and against the company
Oscatello Investments, ranking of claims under IA 2003
Asia Coal Energy, disputed winding-up petition

Cayman
Re Primeo Fund CICA 8 of 2016, liquidators’ statutory powers could not be used to obtain extraterritorial non-party disclosure
Mongolian Mining, appointment of provisional liquidators and scheme of arrangement

Dubai
Oger v Daman, enforcement of a DIAC Tribunal award and the inter-relationship between the jurisdiction of the DIFC Court and the Dubai courts.
NBD Sana Capital, dispute before DIFC Court in relation to directors’ duties
Bank Sarasin Alpen, winding-up petition against DIFC subsidiary of Swiss private bank
Daman RECAP, locus standi of minority shareholders to bring proceedings under the DIFC Companies law

David has acted as an expert witness in proceedings in a number of overseas jurisdictions.

Contributor to Gore-Browne on Companies