BACK TO PEOPLE
Edoardo Lupi Called to the Bar 2015

Edoardo is regularly instructed in commercial disputes in the Commercial Court and the Chancery Division. He is currently instructed as sole counsel in a number of ongoing commercial claims, as well as part of a larger team in several recognition and enforcement proceedings in respect of foreign judgments.

Edoardo is also ranked as a rising star in the Legal 500 for offshore work. He has a particular interest in share valuation disputes, having been involved in Re Nord Anglia Inc., 58.Com Inc., Re MedImpact and Re Sina Corporation. He is also instructed in relation to an ongoing judicial review claim in Anguilla, which is due to be heard by the Privy Council.

Edoardo graduated from Oxford University with a Congratulatory First Class degree in Classics, obtaining the second highest mark in his year. 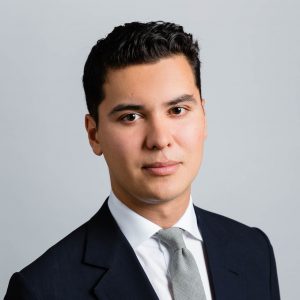 “Edoardo Lupi is “very knowledgeable” and a top choice for high-profile insolvencies at home and abroad.”  – Who’s Who Legal

“Edoardo’s technical ability and intellect are unrivalled amongst any other junior counsel I have worked with in my career.”

“A very good junior – he produces excellent written drafts, and has a very keen eye for detail.”