South Square is a leading set of commercial law barristers. Our members have acted in many of the most important restructuring, insolvency, banking, commercial, company and fraud-related disputes of recent times. We are regulated by the Bar Standards Board.
BACK TO PEOPLE
Glen Davis KC KC 2011, Called to the Bar 1992

Glen specialises in domestic and cross-border insolvency and restructuring, and in commercial disputes complicated by insolvency. His contentious and advisory commercial practice extends to banking and financial services, insurance, shipping, company and partnership disputes, civil fraud and professional negligence.

Since taking silk in 2011, Glen has been involved in the first special administrations of investment banks (MF Global, Worldspreads), two significant Gibraltar insurance liquidations (Lemma Europe Insurance, Hill Insurance), cases arising from shipping collapses in Europe and the Far East (including Korea Lines Corporation and Sanko), major restructurings including Bulgaria Telecom, cases arising from the Irish financial collapse, substantial claims against directors, and law firm insolvencies. Recent work has included acting for landlords in connection with significant retail and hotel chain CVAs, and insolvency advice in the context of the COVID pandemic.

Glen has acted for the financial services regulators of the UK and of a number of offshore jurisdictions, and appointed to act as Senior Decision Maker for the Guernsey Financial Services Commission. He served for 10 years as a member of the Insolvency Rules Committee in the UK, and has also advised the Government of Gibraltar and a number of domestic and foreign Government-related organisations about insolvency, company and regulatory law reform and implementation. He takes a particular interest in Africa and chairs the Africa Committee of the Commercial Bar Association.

Glen is described in the leading Directories as a ‘calm, measured and authoritative professional’ who is ‘excellent on thorny, technical disputes’, and as ‘extremely experienced and a real big hitter in cross-border insolvency litigation.’ He has also been acknowledged as ‘An immensely knowledgeable and experienced practitioner’ for Company and Partnership work.

Recent partnership insolvency work has included advising insolvency practitioner, bank and other clients regarding partner IVAs and other matters, particularly in the context of insolvent firms of solicitors.

Substantial banking, finance and financial services experience, including structured finance and an interest in sovereign debt. Particular expertise in client money and client asset issues. Has acted for the FSA and for the financial services regulators of a number of offshore jurisdictions, and regularly advises on the duties of directors and officers of regulated firms. He has a particular interest in the development of online media and payment mechanisms.

Advisory work over recent years has included PPI and swap mis-selling claims, construction and enforceability of charges and guarantees particularly in the context of syndicated loans to finance property development, and construction of various swap agreements governed by ISDA terms.

Also advises on aspects of financial services regulation, particularly on duties of directors of regulated firms in the UK and in offshore jurisdictions. He is a member of the Guernsey Financial Services Commission’s standing panel of Senior Decision Makers.

Extensive experience as a commercial litigator, including urgent applications to obtain or set aside injunctions, and advising on privilege and disclosure issues. Member of the Chartered Institute of Arbitrators with arbitration experience both as advocate and as arbitrator. Also a CEDR-accredited mediator, with mediation experience as a mediator and as a participant.

Glen’s practice frequently involves questions concerning English or other common law companies legislation. He has experience of contested unfair prejudice petitions and scheme disputes. He regularly advises on shareholders’ rights and directors’ duties, particularly in the context of regulated firms, financial transactions and restructuring. He has advised on powers of local authorities and statutory corporations.

Substantial experience of advising on and litigation concerning asset recovery and civil fraud, particularly where the fraud has resulted in insolvency or where insolvency procedures can be utilised in pursuit of assets. This includes the use of compulsory powers available to office-holders to compel attendance for interview or the provision of information and documents

Much of Glen’s practice has an offshore or international element. He has particular experience of cross-border insolvency and restructuring, including applications for recognition and letters of request. He has appeared in the courts of the British Virgin Islands, the Cayman Islands, the Dubai International Financial Center and Gibraltar.

Work in recent years has included issues concerning fund redemptions and matters arising in various jurisdictions from Gibraltar insurance insolvencies. Other recent experience includes cases with UAE, Irish, Jersey, Guernsey, BVI, Cayman, Hong Kong and Singapore aspects, and advising on the drafting of provisions of the insolvency legislation of an African state.

Wide-ranging insurance and reinsurance experience, including insurance regulation, mandatory PI insurance, the cross-border sale of insurance products, and claims against intermediaries. Has acted for the FSA in cases of unauthorised business. Also applications for, and challenges to, transfers of insurance business under Part 7 FSMA, and solvent insurance company schemes of arrangement.

Experience particularly of claims against auditors and insolvency practitioners.

Recent cases include advising on issues arising from the collapse of the Marrache law firm in Gibraltar, and on various possible claims against auditors of regulated firms.

Glen has extensive experience of trust and property issues, particularly when complicated by insolvency. Property work includes advising on the position of landlords and familiarity with most forms of structured property funding and security arrangements. Trust work includes arguments about constructive, purpose and statutory trusts, duties and obligations of trustees, and the construction of trust instruments.

Recent cases include consideration of client money trust issues, advice to a foreign Security Trustee, and advising in connection with transfers to Cayman- and Jersey-domiciled Employee Benefit Trusts.

Recent talks and panels include: 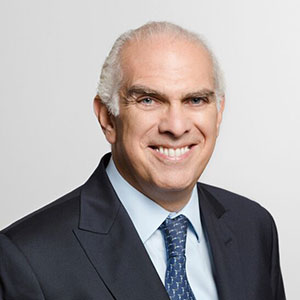 “Very smart and tenacious, he leaves no stone unturned.”