South Square is a leading set of commercial law barristers. Our members have acted in many of the most important restructuring, insolvency, banking, commercial, company and fraud-related disputes of recent times. We are regulated by the Bar Standards Board.
BACK TO PEOPLE
Hannah Thornley Called to the Bar 2003

Hannah is an experienced advocate and litigator. She appears regularly in the High Court and advises on domestic and international cases which are often of a complex or urgent nature. Hannah has also appeared as a junior in the Court of Appeal, the Privy Council and the House of Lords. She is a certified mediation advocate.

After her studies of company and commercial law at Cambridge University and her study of corporate insolvency law at Oxford University, Hannah has built up a wealth of expertise in disputes relating to companies and insolvencies, as well as cases which include general commercial, contractual and corporate issues during her years of practice at the Bar.

Hannah was appointed to the Attorney General’s Panel of Junior Counsel to the Crown (B Panel) from 2 September 2019 for five years. She was on the C panel from 2014 to 2019. As a result of her other international studies at Oxbridge and her appointment to the Attorney General’s Panel of Counsel, Hannah has advised or represented Government Ministers and the House of Commons and now also takes cases with a human rights, immigration, constitutional, administrative or international law element.

In respect of the COVID-19 outbreak and in respect of Brexit Hannah advised and acted for a number of parties on a confidential basis.

Other company and insolvency cases include acting for or advising:

Cases include acting for or advising:

Cases include acting for or advising:

2020 – date – Acting as an advocate for detention centre detainees on behalf of the charity, Bail for Immigration Detainees (“BID”)

2012 – 2015 Elected onto the Chambers Executive Committee 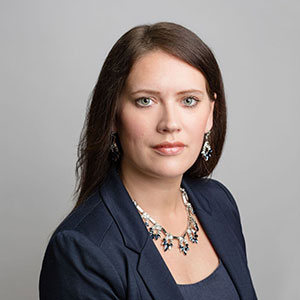 “highly recommended for her technical aptitude and pragmatic approach”