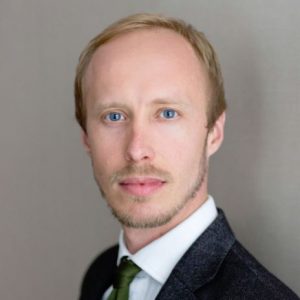 Henry Phillips Called to the Bar 2008

Henry is described in the directories as “extremely bright”, “easy to work with”, “highly responsive” and his “instincts for what a judge and court think about are very strong”. His practice focuses on commercial and banking litigation and insolvency / restructuring.

Henry has substantial experience in commercial and banking litigation and is used to working with large counsel and solicitor teams on multi-week trials and international arbitrations. In recent years, he has been instructed in numerous high-value (i.e. between £500m and £2bn) and high-profile disputes including the long-running conspiracy claim brought by Robert Tchenguiz against Grant Thornton, concerning the SFO’s investigation into the collapse of Kaputhing Bank. Henry’s current arbitration work includes acting in a circ. US$1.5bn ICC-administered arbitration seated in Hong Kong concerning the formation and operation of a Cayman Island private equity fund.

Henry is regularly instructed on securitisation transactions and has a particular interest and expertise in in the ISDA Master Agreement, which he advises on frequently having been instructed in three of the most significant recent cases (namely, LBF v Klaus Tschira Stiftung [2019] EWHC 278; Re Lehman Brothers International Europe [2016] EWHC 2417; Fondazione Enasarco v LBF [2015] EWHC 1307).

In the insolvency context, Henry has acted in many of the most complex insolvencies in recent years including Carillion and Lehman Brothers International Europe and in 2020 was instructed by the Bank of England in connection with a potential application under Part 2 of the Banking Act 2009. Henry’s insolvency work often has an international and cross-border dimension, and he used to receiving instructions from officeholders of companies in the British Virgin Islands and Cayman Islands.

Henry’s restructuring experience includes many of the most high-profile retail CVAs in recent years (including Toys “R” Us, Debenhams, Mothercare and Homebase) and he is regularly instructed to advise and appear in connection with complex cross-border schemes of arrangement, including Noble Group’s restructuring of circ. US$4bn of liabilities which gave rise to one of the most ambitious schemes of arrangement to come before the English Courts (see In Re Noble Group Ltd [2018] EWHC 3092).

Henry is ranked in the legal directories (Chambers and Partners and Legal 500) for Commercial Dispute Resolution and Restructuring/Insolvency and in 2020 was shortlisted for Legal 500’s Insolvency Junior of the Year. He is recommended as being “extremely bright, very committed and highly responsive” and “very personable, always on top of the details of the argument and very quick to respond with advice to clients”. Clients find him to be “very responsive and very helpful”, “broad-minded and easy to work with” and “very good at responding pragmatically to new developments”.

“He is very responsive and very helpful. He’s very good at responding pragmatically to new developments and his instincts for what a judge and court think about are very strong.”

“He’s extremely thorough, broad-minded and easy to work with.”

“Very personable, always on top of the details of the argument and very quick to respond with advice to clients.”

“Henry works diligently across multiple jurisdictions, and is mindful of his clients’ considerations and duties.”

“He really gets to grips with the detail.”