South Square is a leading set of commercial law barristers. Our members have acted in many of the most important restructuring, insolvency, banking, commercial, company and fraud-related disputes of recent times. We are regulated by the Bar Standards Board.
BACK TO PEOPLE
Hilary Stonefrost Called to the Bar 1991

Hilary Stonefrost is a barrister at South Square. She spent a decade as an economist at the Bank of England before being called to the Bar of England and Wales.

She specialises in domestic and cross-border insolvency, restructuring and company law. Hilary has been instructed in major insolvencies (Olympia & York, BCCI, Barings, Railtrack, Hellas and Lehman) and in numerous scheme of arrangement cases, including heavily contested schemes. She has also been instructed in a number of offshore cases. She has a niche expertise in insolvencies involving football clubs. In March 2016 the Bolton Wanderers fans voted her Bolton Wanderers Player of the month.

Hilary is ranked in Band 1 in Chambers UK 2020 and in Chambers Global 2020 for Restructuring and Insolvency and in Band 3 in Chambers UK for Company.  The 2020 edition of Chambers and Partners includes the following comments from clients about Hilary: “Excels in matters involving schemes of arrangement as part of her wide-ranging practice, which encompasses both domestic and international insolvencies.”; “She is experienced, knowledgeable, excellent with clients and always thoroughly prepared”; “She has a strong style as an advocate and is a brilliant cross-examiner” and, “is a very charismatic presence in court”. 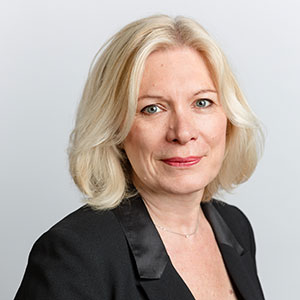 “She is highly reliable and you can trust her with high-level disputes. She is highly analytical and a very effective advocate.”