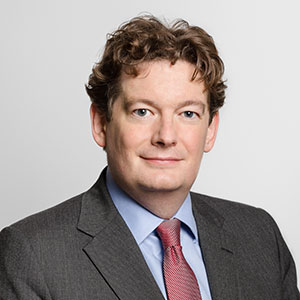 “He is clever, user-friendly, articulate and a delight to work with.”

Jeremy undertakes a wide range of commercial litigation and advisory work. He has extensive experience in a broad variety of banking and finance areas (including derivatives and securitisations), restructuring and insolvency and company law. He has appeared in many of the leading cases in those fields.

Jeremy regularly appears in the UK courts at all levels. He has particular experience in capital market disputes.

Jeremy also has considerable experience of litigating and advising in offshore jurisdictions, particularly in Grand Cayman and the British Virgin Islands. For example, he appeared in the Cayman Islands Court of Appeal in Conway v. Skandinaviska Enskilda Banken, a case arising out of the collapse of a fund. He has extensive experience of petitions under s 238 of the Companies Law, including leading for the dissenters at two trials in the Grand Court in 2018 and in related disputes in 2019/2020.

Acting in relation to numerous significant restructurings, insolvencies and schemes of arrangement, and involved in many of the leading authorities, including:

Acting in a series of leading banking cases and appeals including:

Acting in relation to numerous commercial disputes, including, in addition to the cases listed under Banking and Finance.