South Square is a leading set of commercial law barristers. Our members have acted in many of the most important restructuring, insolvency, banking, commercial, company and fraud-related disputes of recent times. We are regulated by the Bar Standards Board.
BACK TO PEOPLE
Marcus Haywood Called to the Bar 2002

Marcus also has very significant offshore legal experience. Most recently in this regard, Marcus has been engaged in the trial and subsequent appeal of Ahmad Hamad Algosaibi and Brothers Company’s US$9bn claim in the Cayman Islands against various companies which previously formed part of the Saad Group. The trial was the largest which had ever taken place in the history of the Cayman Islands and one of the largest fraud claims ever litigated.

Marcus is recommended in the most recent edition of the Chambers & Partners UK Bar Guide for restructuring/insolvency and offshore, where he is described as “very pleasant, hard-working and has a nice manner in front of the court” and “very astute, responsive and pragmatic.” In previous editions of the Guide he has been described as “an incredibly dependable and hard-working junior”, “pragmatic, exceptionally user-friendly and a compelling advocate“, “exceptionally bright, has great opinions and brings real value to a case” and “a strikingly pleasant person to deal with, but no less effective for being so”.

Marcus was appointed to the Attorney General’s London B Panel in September 2020.

Marcus has very significant offshore legal experience. Most recently, Marcus has been engaged in the year-long trial and subsequent appeal in the Cayman Islands of Ahmad Hamad Algosaibi and Brothers Company’s US$9bn claim against various companies which previously formed part of the Saad Group. Prior to this, Marcus has worked on a number of significant offshore cases including:

Marcus has been called to the bar of the Cayman Islands and Gibraltar on case specific bases. Marcus also has experience advising in relation to cases in the British Virgin Islands. 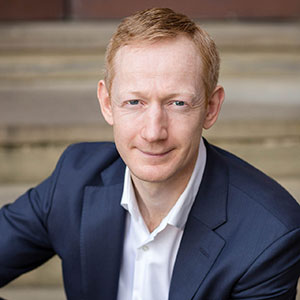 “He is an incredibly dependable and hard-working junior.”