South Square is a leading set of commercial law barristers. Our members have acted in many of the most important restructuring, insolvency, banking, commercial, company and fraud-related disputes of recent times. We are regulated by the Bar Standards Board.
BACK TO PEOPLE
Mark Arnold KC KC 2013, Called to the Bar 1988

Mark is Joint Head of Chambers at South Square.

An experienced advocate with more than 30 years’ experience, Mark specialises in domestic and cross-border restructuring and insolvency, banking and finance, commercial law and company law.

Mark is a contributor to Company Directors: Duties, Liabilities and Remedies (Mortimore, OUP, 3rd edition 2017: chapters on directors’ duties), of the forthcoming 4th edition of which he will be editor. He also contributed the chapter on the EU Insolvency Regulation in Cross-Border Insolvency Fourth Edition (Sheldon, Bloomsbury, 2015).

The leading guides to the UK Bar have variously described Mark as “a very, very good advocate who is easy to deal with and liked by clients. His written work is top drawer”, “very thorough, extremely intelligent and very good to work with” and “diligent, calm, well-organised and a pleasure to deal with”.

Recent or continuing cases include: 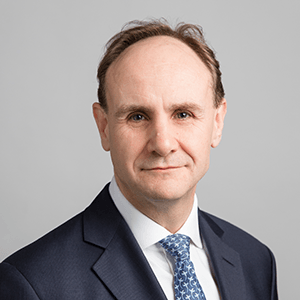 “He is able to explain complex issues with ease and articulate clear and concise submissions both in writing and before a judge.”

Who's Who Legal
Related Articles