South Square is a leading set of commercial law barristers. Our members have acted in many of the most important restructuring, insolvency, banking, commercial, company and fraud-related disputes of recent times. We are regulated by the Bar Standards Board.
BACK TO PEOPLE
Mark Phillips KC KC1999, Called to the Bar 1984

Mark Phillips KC is an experienced Silk. His clients have included the Governor of the Bank of England, UEFA and the Football League as well as liquidators, directors, sportsmen and premier sports clubs and he was named as Company/Insolvency Silk of the Year by Chambers and Partners in 2018.

In his autobiography “Calling the shots” David Dein, formerly the Vice Chairman of Arsenal, says of Mark “We retained the brilliant Mark Phillips QC. He really does have two brains! (As already mentioned, he went on to play a significant part in the legalities when we formed the Premier League.)”

Mark operates at the highest level and has over thirty years winning complex cases in the highest courts.  His first appearance in the Court of Appeal was at the start of his practice in 1986 in the ground-breaking case, West Mercia Safetywear v Dodd.  Subsequently, he has led or has appeared in many cases in the House of Lords and Supreme Court including the Lehman’s Pensions appeal, Toshoku Finance, Paramount Airways, Leyland Daf, Sher v Policyholders Protection Board and Three Rivers District Council v the Governor and Company of the Bank of England.

Mark is especially well known for his tenacity in cross examination and resilience during long trials.  He successfully defended the Bank of England in a two-year trial against the claim made arising out of its regulation of BCCI and defended the GT Liquidators in the Saad fraud trial that lasted for 129 days in Court over 12 months.

“Mark is an excellent trial lawyer and always relishes the challenge – exactly who you want acting for you when the rest of the courtroom is opposing you.”

“Astute and incisive. A force to be reckoned with in court.”

Mark also has a high-profile sports law practice.  He was involved in the establishment of the Premier League for the “big 5 clubs”.  He has appeared at several disciplinary and regulatory hearings.  He prosecuted Manchester City on behalf of UEFA, and Sheffield Wednesday and Derby County on behalf of the Football League and has appeared for Lewis Hamilton in relation to several matters including the “Ferrari Gate” hearing. He has assisted with the future of football regulation and the EFL’s covid task force.

“The best there is in F1 regulatory. Elite status in motorsport.”

Mark is often quoted in the business press and in industry forums in relation to the government’s response to businesses support during the Covid pandemic.  He produced the Administration Consent Protocol and is co Chair of Back to Business UK, which has now been rolled out over 52 countries worldwide.  He is active on social media and has spoken at several international conferences on how to  help small to medium sized businesses to deal with debt.  His views are sought by  policy makers, industry leaders and decision-makers around the world.

Mark has extensive experience in all aspects of insolvency and restructuring.

On expenses and the insolvency waterfall, cases include:

On schemes and voluntary arrangements, cases include:

On administration, cases include:

On recognition of overseas insolvencies, cases include:

On directors duties, cases include:

On the use of compulsory powers, cases include:

Other noteworthy cases include:

Mark has wide ranging experience of commercial litigation, including:

Mark has appeared in several large fraud cases, including:

Mark has regularly appears in the courts of the Cayman Islands and BVI.  Notable cases include:

In Formula 1, Mark has appeared before the International Court of Appeal of the FIA, the Contract Recognition Board and the World Motor Sport Council.

Mark has written many articles and regularly talks on Brexit in the insolvency and restructuring context and on the Corporate Insolvency and Governance Act 2020. 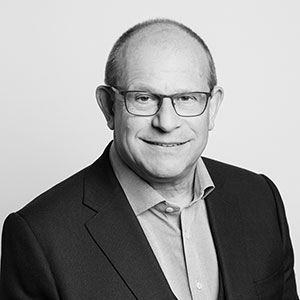 “Identified as one of the best advocates in the market and regularly involved in high-profile cases. ”