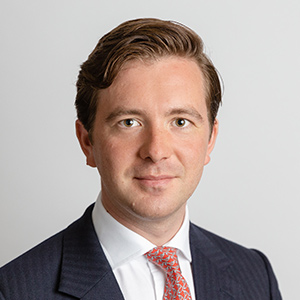 Peter joined South Square as a tenant in October 2021.

Peter regularly appears as sole counsel in the Insolvency and Companies List of the High Court and the County Court at Central London. He also acts as junior counsel to senior members of Chambers in large-scale banking, financial, and commercial cases. He is often instructed to draft statements of case and has a particular interest in issues of private international law; he has worked on numerous cross-border matters and won the prize for private international law at Harvard Law School.

Before joining South Square, Peter worked as a Judicial Assistant to Lord Sales, Lord Lloyd-Jones, and Lord Hamblen at the Supreme Court of the United Kingdom and the Judicial Committee of the Privy Council, assisting the Justices on numerous high-profile cases including: R (on the application of Miller) v The Prime Minister, on whether the advice given by the Prime Minister to the Queen that Parliament should be prorogued was lawful; Micula & Others v Romania, relating to the attempted enforcement of an investment arbitration award against Romania; and Sevilleja v Marex Financial Ltd, on the ‘reflective loss’ principle.

Peter is a former solicitor-advocate, with experience at a magic circle firm and a US law firm, working on banking, insolvency, and commercial litigation as well as international commercial and investor-state arbitration. He holds a first-class BA in Ancient and Modern History from the University of Oxford (where he was first in his year), a first-class LLB from the University of Law, and an LLM from Harvard Law School.

Editor of European Investment Law and Arbitration Review (2018 to present).