South Square is a leading set of commercial law barristers. Our members have acted in many of the most important restructuring, insolvency, banking, commercial, company and fraud-related disputes of recent times. We are regulated by the Bar Standards Board.
BACK TO PEOPLE
Richard Hacker KC KC 1998, Called to the Bar 1977

Richard has a mixed litigation/advisory business law practice, with a specialisation in a range of areas of commercial dispute resolution. The areas covered include shareholder disputes, fraud and asset tracing, conflicts of law and jurisdictional disputes, sovereign immunity issues and a broad range of contentious and non-contentious insolvency work including schemes of arrangement.

Much of Richard’s work is offshore based or has an offshore connection. He has been admitted and appeared in the courts of Bermuda, the British Virgin Islands, the Cayman Islands and the Isle of Man, and has had a close involvement in litigation in Jersey and Guernsey. Richard also has experience of conducting arbitrations and of court proceedings ancillary thereto. He is very used to operating as part of a multi-jurisdictional team with lawyers from a wide range of jurisdictions, whether in an advocacy, advisory or supervisory role.

A mixed litigation and advisory practice involving many aspects of business and commercial law. Specialisms have developed and evolved over the years and have included the following:

Cases include advising or representing:

North American Committee of the English 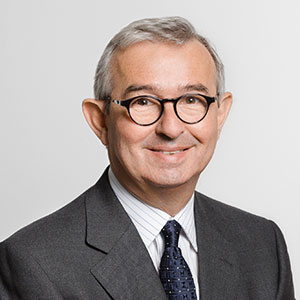 “He is very well prepared and is a very effective advocate.”