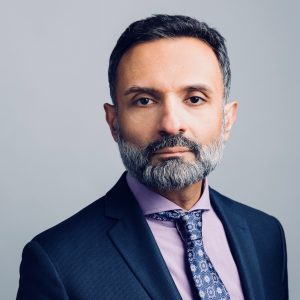 Riz joined Chambers as an Academic Member in 2005 and took up full-time practice in 2016. His practice covers all aspects of English and cross-border insolvency, restructuring, and bank resolution law, as well as company, commercial, and trust law.

Since 2016, he has been instructed in relation to some of the most significant insolvency and restructuring proceedings in England and abroad, including those of Bell Group (Curaçao), British Steel (England), Greensill Capital (England), Hanjin (South Korea), Lehman Brothers (England, New York), NMC Healthcare (Abu Dhabi), OW Bunker (Denmark), Primeo (Cayman Islands), Seadrill (Texas), Unister (Germany), Yukos (Switzerland), and The Z Trusts (Jersey). He also acts in personal bankruptcy matters. For example, he recently acted for the successful petitioning creditor in Tyshchenko, which also involved an application for recognition under the Cross-Border Insolvency Regulations by the foreign representative of Ukrainian proceedings in relation to the debtor.

Riz has particular expertise in the insolvency of financial institutions, and regularly advises and represents the Financial Conduct Authority and other stakeholders on issues at the intersection of insolvency and financial regulation. In addition to Lehman Brothers, he acted in relation to Allied Wallet, Beaufort, Dolfin Financial, Fysche Horton Finney, ipagoo, and Reyker, amongst others.

He also serves as an expert witness in proceedings in foreign courts. For example, an expert opinion on the interaction between insolvency law and the Cape Town Convention given jointly with Professor Louise Gullifer, Rouse Ball Professor of English Law at Cambridge University, was accepted by the High Court of Malaysia in its pathbreaking February 2021 AirAsiaX judgment, while an opinion on derivative actions and breach of fiduciary duty in Cayman Islands law given jointly with Felicity Toube QC was accepted by the Supreme Court of New York in its precedent-setting May 2020 Renren judgment.

Prior to taking up full-time practice at the Bar, Riz was Senior Counsel to the World Bank and Head of the Bank’s Global Initiative on Insolvency and Creditor/Debtor Regimes (2009-2013). He has also held several academic positions, including the Chair of Law and Legal Theory at University College London (2008-2016). He has worked on law and practice reform with the governments of some twenty countries, and his scholarship has influenced legislation in several jurisdictions and has been cited with approval by several courts, including the House of Lords (Spectrum, 2005); the Australian High Court (Ansett, 2008); the Courts of Appeal of England & Wales (Sonatacus, 2007), New Zealand (Strategic Finance, 2013), Ontario (Nortel, 2015), and Victoria (Ansett, 2006); and the English High Court (Virgin Active, 2021).

Riz completed his pupillage at South Square in 2005, was an academic member of Chambers for the subsequent decade, and joined as a practicing member in September 2016.

From 2009 to 2013, Riz served as Senior Counsel to the World Bank and Head of the Bank’s Global Initiative on Insolvency and Creditor/Debtor Regimes. In this capacity, and subsequently as a Consulting Counsel to the Bank, he has worked at the invitation of and with the Governments of eighteen countries in Africa (Egypt, Kenya), Asia (Bangladesh, Mongolia, Pakistan, Vietnam), Europe (Belarus, Croatia, Kosovo, Latvia, Poland, Romania, Russia, Ukraine), and the Middle East (Jordan, Kuwait, Saudi Arabia, Turkey) on reform of insolvency and creditor/debtor systems. This work involves policy analyses of existing laws and practices, the development of new legislation, and the training of judges, lawyers, insolvency practitioners, central bankers, and other stakeholders. Also as part of this work, Riz co-authored several World Bank and joint International Monetary Fund / World Bank policy documents which are characteristically confidential to the respective Government, one of which (prepared for the Government of Belarus) was the recipient of a 2012 World Bank Team Award.

As leader of the World Bank’s delegation to the United Nations Commission on International Trade Law (‘UNCITRAL’) from 2009 to 2013 and as independent expert member of the UK delegation from 2013 to 2017, Riz was part of the group that negotiated and authored the new UNCITRAL model laws on the enforcement of insolvency-related judgments and on the cross-border insolvency of enterprise groups, as well as the revised guide to interpretation of the Model Law on Cross-Border Insolvency and the treatment in the Legislative Guide on Insolvency Law of directors’ duties in the period approaching insolvency. He also played a key role in the process to update the bankruptcy treatment of financial contracts provided for in the World Bank’s Principles on Effective Insolvency and Creditor/Debtor Rights Systems. He was also commissioned by the International Association of Insolvency Regulators to draft the Principles for the Regulatory Regime for Insolvency Practitioners (2018), whose purpose is “to assist national policymakers seeking to create or strengthen the regulation of insolvency practitioners in their jurisdiction”.

Riz held the Chair of Law and Legal Theory at University College London until 2016 and, upon resigning the Chair to take up practice, was appointed an Honorary Professor. He was a Visiting Professor in Law at the University of Florence from 2015 to 2018, and a Research Associate at Cambridge University’s Centre for Business Research from 2003 to 2007.

He is the author or co-author of three books and a contributor to three others on English and comparative bankruptcy and restructuring laws, and the author or co-author of about 35 scholarly articles in leading law journals (including the Modern Law Review, the Oxford Journal of Legal Studies, the Cambridge Law Journal, Legal Studies, the Singapore Academy of Law Journal, and the Singapore Journal of Legal Studies) on financial sector regulation; insolvency, bankruptcy, and restructuring; property and trusts; and legal theory. His scholarly work has been cited with approval by several courts, including the House of Lords, the Australian High Court, and the Courts of Appeal of England & Wales, New Zealand, Ontario, and Victoria, and in around 150 scholarly journals around the world. This work has also influenced law reform in the UK and elsewhere. Most recently, a new ‘creditor best interest’ test and a new ‘relative priority rule’ advocated in Stanghellini, Mokal, Paulus, and Tirado (2018) were incorporated in the European Union Directive on Preventive Restructuring Frameworks (2019).

Reports on the Observance of Standards and Codes

As part of his work at the World Bank, Riz co-authored several IMF/World Bank Reports on the Observance of Standards and Codes (‘ROSCs’) on Insolvency and Creditor/Debtor Regimes. These diagnostic reports, usually confidential to the Government requesting them, provide analysis and recommendations for legislative and regulatory reform. ROSCs are based on analysis of legal and regulatory texts complemented by information derived from surveys and a comprehensive range of meetings with key public and private sector stakeholders, including those from the Ministries of Justice, Finance, and Economy; the Central Bank; senior judiciary; credit history and security interest registries; financial institutions; chambers of commerce and industry; and legal, in-solvency, audit, and financial consultancy professionals. ROSCs are peer-reviewed by World Bank specialists and international and/or national experts. The ROSCs co-authored by Riz include:

The abstracts and ‘working paper’ versions of several of the following can be found on the Social Science Research Network.