South Square is a leading set of commercial law barristers. Our members have acted in many of the most important restructuring, insolvency, banking, commercial, company and fraud-related disputes of recent times. We are regulated by the Bar Standards Board.
BACK TO PEOPLE
Robert Amey Called to the Bar 2012

Robert specialises in business and finance law, with a particular emphasis on insolvency/restructuring, banking law, company law and general commercial litigation. He is ranked as a Leading Junior by Legal 500 in three different practice areas: Insolvency, Civil Fraud and Offshore.

The core of Robert’s practice is insolvency/restructuring work, particularly in relation to banks and other large corporates.  Robert enjoys both the highly technical nature of this work, and the challenging factual disputes which often arise, involving allegations of fraud or breach of duty against company directors and professional service providers.  He also accepts instructions in relation to high-value bankruptcies.

Robert has also appeared in a number of high-value commercial trials and arbitrations outside of the insolvency context, most notably the 4-month trial of Primeo v HSBC, a US$2 billion claim which involved the cross-examination of 28 witnesses. Robert is equally comfortable with appellate advocacy, having appeared numerous times (both led and on his own) in the Court of Appeal and other appellate tribunals.

Although he predominantly practises in England, Robert has also been admitted to practise in the Cayman Islands, British Virgin Islands and the Dubai International Financial Centre, and around half of his clients are based outside the UK.

Insolvency and restructuring (both contentious and non-contentious) form the core of Robert’s practice, and he is ranked as a Leading Junior in this area by Legal 500.  Having strong technical expertise in this field, he has written for some of the leading textbooks and journals (see the ‘Publications’ section below for more details).  Many of the matters on which Robert has advised are confidential, but recent, public matters include:

Robert’s expertise in banking insolvency has given him extensive knowledge of technical banking and financial issues, which he also applies outside the insolvency context.  He is familiar with a wide range of lending structures, securitisation programmes, dematerialised securities, derivatives and collective investment schemes.  He is also a contributor to a major banking law textbook, Rowlatt on Principal and Surety. Many of the matters on which Robert has advised are confidential, but recent, public matters include:

In addition to his experience in specialist banking and fraud litigation, Robert’s general commercial litigation and arbitration practice includes the following:

Robert’s corporate insolvency practice routinely involves dealing with difficult questions of company law and directors’ duties, and he is a contributor to two leading textbooks on the subject, Gore-Browne on Companies and Mortimore on Company Directors.  His experience includes the following:

Robert’s insolvency practice regularly involves allegations of fraud and serious wrongdoing, and he has extensive experience of the use of freezing orders, Norwich Pharmacal Orders and Bankers Trust Orders to secure and recover assets. He is ranked as a Leading Junior in this area by Legal 500. Recent cases include:

Robert has been admitted to the Bar of the Cayman Islands and the DIFC for particular cases, and a substantial part of his practice involves advising clients and appearing in court overseas.  He is ranked as a Leading Junior in this area by Legal 500, and has worked on disputes under the laws of the Bahamas, Bermuda, BVI, Cayman, Cyprus, Dubai, Germany, Gibraltar, Guernsey, Hong Kong, Ireland, Jersey, Lithuania, Luxembourg Samoa, Switzerland, Trinidad & Tobago, Ukraine and the USA. Recent cases include:

Robert appeared as sole counsel in the Court of Appeal in Agbenowossi-Koffi v Donvand Ltd [2014] EWCA Civ 855; and in the EAT for the successful appellant in Simpson v Hackney LBC [2013] All ER (D) 168 (Feb), an equal pay claim against a local authority. Other pro bono clients include victims of wrongful arrest, unlawful discrimination and human trafficking. 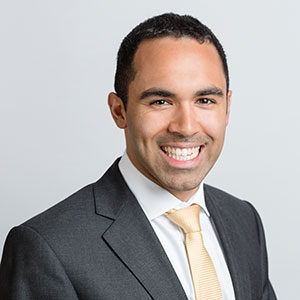 ‘Helpful, commercial and meticulous, he fully understands the complexities of the litigation.’

‘First rate for high-value fraud, both technically strong and commercial – always provides practical advice quickly and sticks to the material points without getting sidetracked.’

‘He brings high energy to a case.’