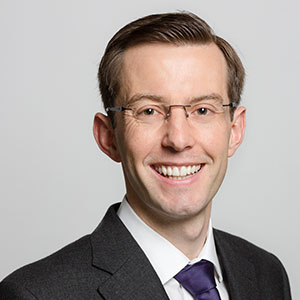 Toby practices in commercial litigation and arbitration, insolvency and restructuring, banking and financial services, civil fraud and company law. He also has experience of costs law and charity law.

Toby has worked on cases at all levels up to the Supreme Court, as well as in international arbitrations and before the Cayman Islands courts. Much of his work involves cross-border situations or foreign law. For example, since 2014 he has advised and appeared in Primeo v HSBC, a $2bn claim in the Cayman Islands.

Toby trained and initially practised in civil, criminal and family law, obtaining experience of expert evidence in civil matters and appearing in the County Court, Youth, Magistrates and Crown Courts, the Principal Registry of the Family Division and the High Court.

He then moved to South Square in a role supporting various charitable initiatives, including as legal director of the NGO, African Prisons Project. Toby subsequently gained commercial trial experience with Robin Knowles CBE QC in the Chancery Division and the Commercial Court, and in a Supreme Court appeal, followed by a third-six pupillage at chambers.

During 2014, he worked in the Cayman Islands on secondment to Campbells law firm. Toby is a CEDR Accredited Mediator.

Toby is ranked as a leading junior in Legal 500 for Offshore.

In addition, in various corporate insolvency matters, including winding-up petitions, cross-border recognition of foreign proceedings, letters of request and assistance to foreign liquidators, block transfers of office-holder appointments, applications under s. 216 of the Insolvency Act, restoration of companies, issues of bona vacantia and administration orders.

Re Fromm (15 May 2015, unreported), annulment of bankruptcy on grounds COMI was in Germany

Javelin Wholesale v Waypharm, 2014, winding up of a limited partnership

Re a group of companies in administration, 2014, advising re applying to remove administrators

Re two Formula One teams, advising creditors with respect to administrations

Re a football club, 2014, acting for supporting creditor

Re a company in provisional liquidation, 2014, removal of liquidators and injunction to prevent advertisement of petition

Mackay v Kaupthing Singer & Friedlander [2013] EWHC 2553 (Ch), whether sums due under pre-administration contracts ranked as an expense of the administration; permission to enforce security during administration (assisting Tom Smith)

Toby has advised or appeared in various civil and commercial matters, both at pre-litigation stages, interlocutory hearings and to trial. Advisory work has spanned pleading through to disclosure through to expert evidence. Notable cases include: