South Square is a leading set of commercial law barristers. Our members have acted in many of the most important restructuring, insolvency, banking, commercial, company and fraud-related disputes of recent times. We are regulated by the Bar Standards Board.
BACK TO PEOPLE
Richard Fisher KC KC 2020, Called to the Bar 2000

Richard was called to the Bar in 2000 and has a commercial dispute focused practice with a particular specialism in restructuring and insolvency, banking, fraud and financial products litigation. He regularly acts in relation to multi-jurisdictional and complex commercial disputes, and is a member of the BVI bar.

In recent years Richard has appeared in various substantial and high-profile cases in England at all levels of tribunal up to the Supreme Court, including almost all of the disputes arising out of the Lehman Brothers insolvency (including the Waterfall I, II and LBHI2 proceedings). He has acted in relation to many of the major UK and international insolvencies and restructurings (including Arcadia, House of Fraser, Debenhams, International Bank of Azerbaijan, Noble Group, Codere SA), and has been involved in several long commercial trials in the UK and Cayman Islands.

Richard was regularly recommended by the legal directories as one of the leading juniors in the city in numerous practice areas, and is now recommended as leading counsel in the following areas: commercial/chancery litigation; banking and finance; fraud (civil); offshore; insolvency and restructuring.

Recent directory comments have included: “Always very, very sound in his judgement, he is bright, quick on his feet, and someone who has the ability to deal with judges’ questions in a very assured manner”, “He has outstanding knowledge and provides concise advice”, “His quick grasp of complex factual and legal issues and provision of clear advice has been nothing short of exceptional. His appointment as Queen’s Counsel is testament to his outstanding knowledge and abilities”, “On our top list when it comes to complex multi-jurisdictional insolvency matters”, and “he is not just smart, he is also really proactive and can anticipate his clients’ needs in a really commercial way.”

Richard has extensive experience of both contentious and non-contentious corporate insolvency work. Recent instructions include leading the team advising Arcadia and its administrators, defending the Pizza Express and YO! Sushi CVAs, acting for Debenhams (and then its administrators), and advising and acting for various banks and hedge-funds involved in the Lehman Waterfall I and II, and LBHI2, proceedings. Richard has a particular specialism in domestic and international corporate reconstructions (involving the use of schemes of arrangement, CVAs and restructuring plans), and the application of the EC Regulation on Insolvency Proceedings/the Uncitral Model Law (including Re OJSC International Bank of Azerbaijan).

Other notable matters in which Richard has been instructed include House of Fraser, MF Global, the Motlyev bankruptcy, Four Seasons Group, the Noble Group, Codere SA, the IMO/Bluebrook Group, the Federal Mogul Group, the Cattles Group and the Telecolumbus Group, and the Co-Operative Bank. Richard acts both for companies and creditors (supporting and opposing/challenging restructurings).

Richard regularly advises on and conducts litigation in relation to issues arising from structured finance documentation, and disputes between different classes of noteholders. He has acted in all of the Lehman disputes regarding ranking/priority and proof issues. Having acted in the consolidated Firth Rixson appeal concerning the ISDA master agreement, Richard has increasingly been instructed in relation to general derivative disputes and, in particular, close-out calculations. He regularly appears in the Commercial Court or Financial List dealing with commercial disputes between funds and banks.

Richard continues to be involved in substantial commercial litigation and asset recovery proceedings, with litigation taking place in various jurisdictions. Richard regularly acts for the Society of Lloyd’s in relation to disputes with members and others. Having acted for the Brunei Investment Agency for many years in relation to its disputes with Prince Jefri, he spent large periods of time acting in relation to the IPOC litigation, the Tchigirinsky v Sibir Energy dispute and aspects of BTA Bank v Ablyazov. Richard has spent a significant period of time engaged in litigation in off-shore jurisdictions such as the Cayman Islands and BVI. Current instructions include a Cayman Islands $2b claim being brought by liquidators of a Madoff feeder fund for breach of duty against its former custodian and administrator (Primeo v HSBC), and the SFO v Smith fraud claim, where Richard acts for the Viscount of Jersey in significant litigation before the English Commercial Court. 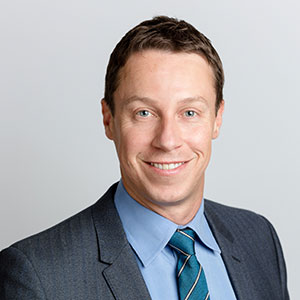 “fantastic on his feet and never one to be ruffled”.