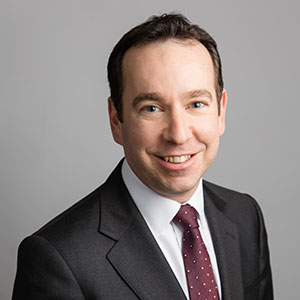 “Frighteningly good and a credit to both his set and the Bar as a whole.”

Daniel specialises in business and finance law, with a strong emphasis on insolvency and restructuring, banking law and general commercial litigation.

Beyond South Square’s core practice areas, Daniel also specialises in sports law.  His clients include the FA Premier League and the Football League and he has appeared for a large number of well-known footballers and boxers.

The latest editions of the legal directories describe Daniel as having “a first-rate mind” and as being “thoroughly user-friendly”, “robustly commercial”, “frighteningly good”, “a heavyweight advocate” and “a credit to both his set and to the Bar as a whole”.

Schemes of arrangement include:

“Very bright and able, he combines a sound legal approach with pragmatic advice.”

“Frighteningly good and a credit to both his set and the Bar as a whole.”

“He is always extraordinarily well prepared, and knows his case back to front.”

“He is a first-rate mind and is thoroughly user-friendly.”

“A heavyweight advocate with encyclopaedic knowledge of insolvency.”